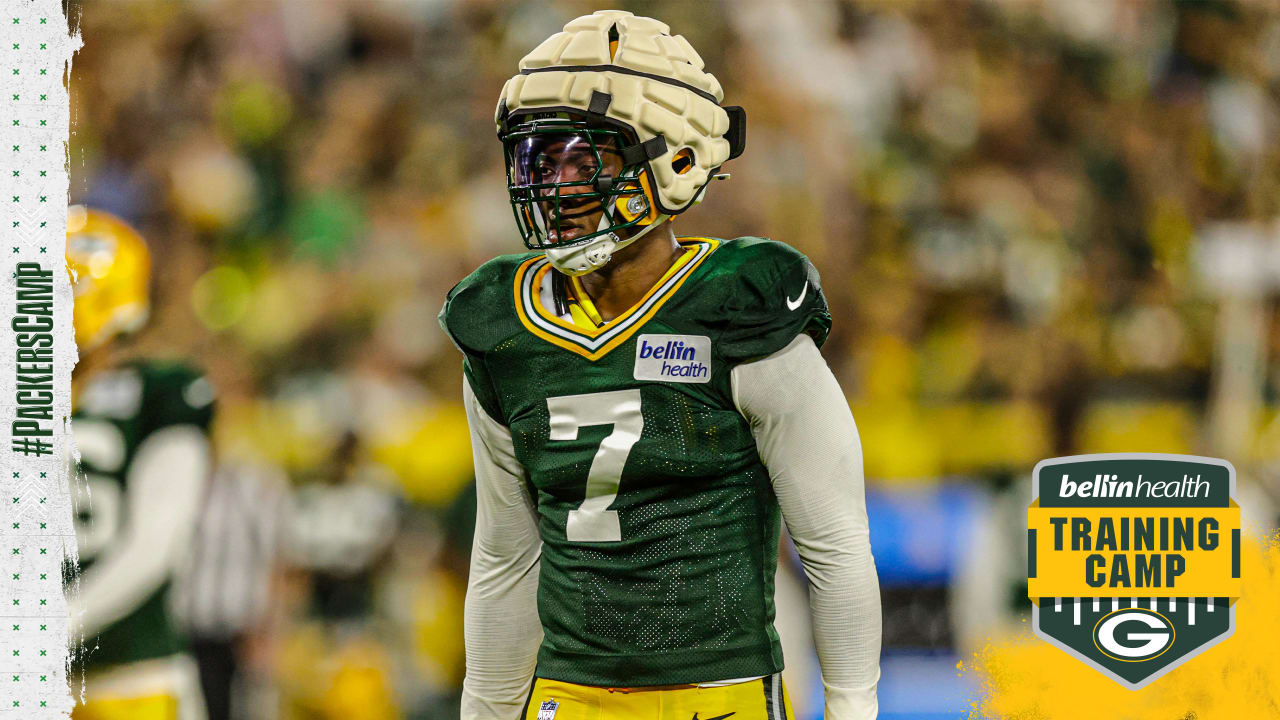 GREEN BAY – The Packers held their annual Family Night training on Friday in front of 50,112 fans at Lambeau Field.

Here are five things we learned.

1. Defense # 1 didn’t make anything easier, and rookie LB Quay Walker was a frequent contributor to it.

The Packers start offensive had its share of 11v11 games, but it was hard to find the right rhythm as the defense didn’t give up much down the field or in a running game.

Inner linebacker and first-round selector Quay Walker helped set the tone early by meeting Aaron Jones on the lineup in an outer running game. Walker then almost intercepted a pass on the goal line, but Aaron Rodgers stuck the needle into the tight end of Marcedes Lewis and Walker whistled past and just missed the ball.

Walker later did another nice flat game, stretching sideways to cover Dillon’s AJ on a checkdown throw and staying in a balanced position so as not to be overwhelmed by Dillon’s internal movement after being caught. There was no live fight, but Walker would apparently pack a big run out into the open.

Rodgers seemed to pick up the momentum, with three straight goals to Allen Lazard, Randall Cobb and Dominique Dafney as the defense rebounded and stopped another two games. Walker had a decent relationship with Amari Rodgers in a shallow cross that was incomplete and then a deep ball for Lazard missed.

“One of the things we challenged our defense to was just consistency in stopping the run, and then I think they did a pretty good job of defending the pass and especially the deep balls and not giving up loads of big plays on the pitch,” said the head coach Matt LaFleur.

“Our top seven can be quite salty so I hope our offensive is much better.”

2. The offensive star of the evening was rookie WR Samori Toure.

The tour started early with nice adjustments and a slip after Jordan Love’s end zone disappeared in a one-on-one duel with a defensive back. Then during 11-on-11 near the goal line, he made another nice sliding grip in the corner after Danny Etling’s pass.

The big attraction was the deep ball from Love when Toure got behind two defenders and pulled a pass for a touchdown over 50 yards.

“I think he has really good body control and body movement,” LaFleur said of the Toure. “He’s a smart kid who really works at it.”

Added Lazard: “He definitely took a step up today.”

Rookie teammate Romeo Doubs once again performed the showy play as he seems to do every day, this time with a contested one-on-one deep ball catch in the end zone against defender Kiondre Thomas. Although later at 11-on-11, Doubs showed he was human because he just missed a deep ball that seemed to detach from his fingers.

“Really, all the newbies did an excellent job in this wide receiving room,” said LaFleur. “They showed a lot of flashes. It will be interesting to see what happens next week in San Francisco. “