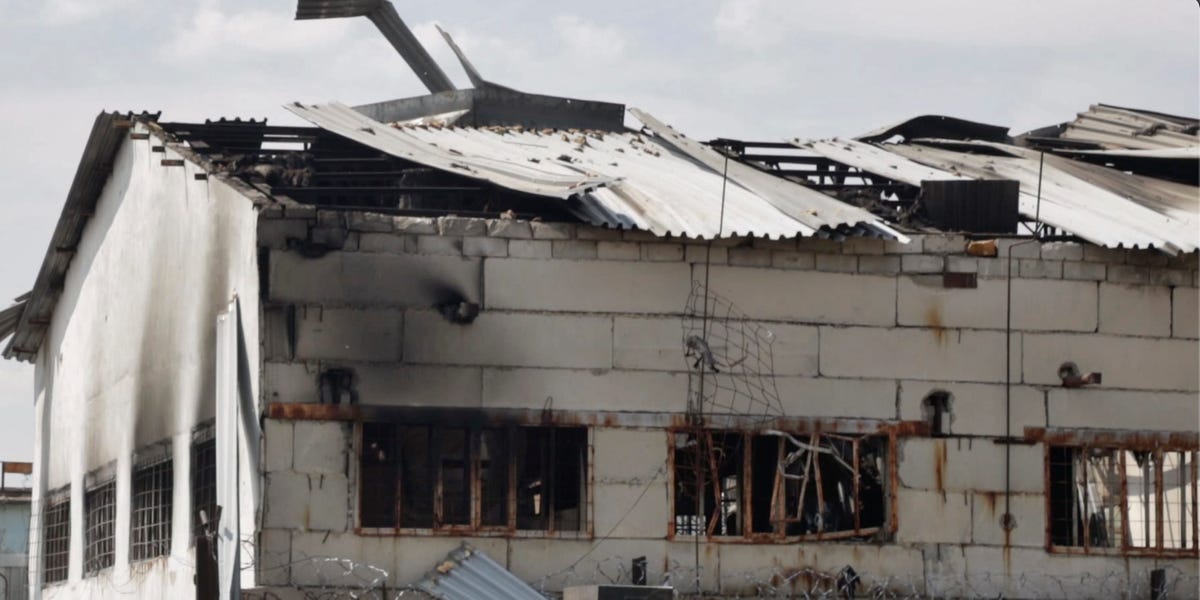 A new photo posted by a Ukrainian official appears to show a skull of a Ukrainian prisoner of war placed on a stick in front of a building in the eastern Ukrainian town of Popasna, which was intercepted by Russian forces in May.

Serhiy Haidai, governor of the Ukrainian Lugansk region, shared a disturbing photo on his Telegram channel. Insider was unable to verify the image on its own.

Geolocation tools suggest it is genuine, The Guardian said, and the gruesome photo was taken in late July, near Popasna’s center.

Near the head are the remains of a decapitated body in an armless uniform. As reported by The Guardian, two hands were placed on metal spikes on the fence on either side of the head.

“There is nothing human about the Russians. We are at war with nonhumans, ”said Haidai below the painting.

Popsana is located in the Luhansk region in eastern Ukraine, where Russia fought fiercely to capture territory after its army was humiliated in the first months of its invasion. In early May, Ukrainian troops withdrew from the city. Chechen president Ramzan Kadyrov claimed his troops had taken control of the city, according to The Guardian.

The allegations of new cruelty result from the shelling of the prison in Olenivka, where Ukrainian prisoners of war are held. Russia and Ukraine blame the other side.

Photos from the shooting show burnt corpses and skeletal remains.

According to a recently released prisoner, Olenivek near Donetsk, Ukrainian prisoners of war are tortured and murdered.

“We heard their screams,” said Anna Vorosheva to The Guardian. “They played loud music to drown out screams. Torture happened all the time.

Soon after the attack, a video was circulated on social media showing a Russian soldier castrating a Ukrainian prisoner.

A Ukrainian MP told Insider: “I wish I could turn back time and not watch this video. But we knew it was happening in the occupied territories. The Russian army rapes, maims and kills Ukrainians, both civilians and prisoners of war. “

Responding to the video, Marie Struthers, Amnesty International’s director for Eastern Europe and Central Asia, said: “This horrific attack is another visible example of the utter disregard for human life and dignity in Ukraine by Russian forces.”

Meanwhile, the head of the Ukrainian arm of Amnesty International resigned after the human rights organization accused Kyiv of endangering the civilian population and violating international law with its military tactics.

The group said Ukrainian forces had set up military posts in schools, hospitals and civilian areas in violation of international human rights.

Oksana Pokalchuk, head of Amnesty International Ukraine, said on Facebook Friday that the report “has become an instrument of Russian propaganda,” per Politico.

Ukrainian President Volodymyr Zelenskiy approved the report and said it was intended to grant “amnesty to the terrorist state and shift responsibility from the aggressor to the victim.”